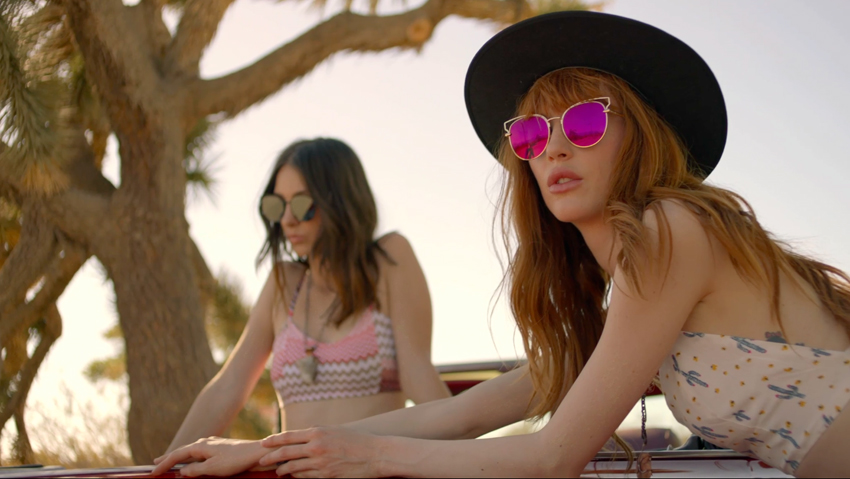 About Our Fashion Commercial Production:

Tiger House Films was approached by Beijing based eyewear company QINA Sunglasses, to create a fashion commercial production for their debut SS17 line of fashion. Being a new brand for an established fashion company, QINA was very specific about the aesthetic they were trying to achieve with both the still fashion photos and brand video. The Tiger House Films team was able to establish a pre-production schedule that encompassed both the still photo shoot and fashion commercial in one day. This production approach allowed both teams to work seamlessly within a twelve hour schedule.

Having created many high fashion commercial productions in the past, our professional team worked very quickly to begin the creative process on an international scale. The concept for this debut commercial for the QINA brand was inspired by “a road trip to Coachella” where a group of friends take off on a journey to the legendary film festival. The clothing was meant to exude a boho-chic American aesthetic against the backdrop of the California desert.

The versatile locations chosen for this fashion commercial campaign were north of Los Angeles in Palmdale, where our fashion production team was able to capture sweeping drone shots of the arid desert scattered with Joshua trees and creative shots of the production’s red 1976 Buick convertible. Our Cinematographer Elias Talbot utilized the Alexa Mini with a set of prime Cooke S4 lenses, handheld to create the fashionable lifestyle aesthetic in natural light, focusing on the models and the Sunglasses.

This brand video production was crafted with precision and care. We hope to be able to work with QINA again in the future.