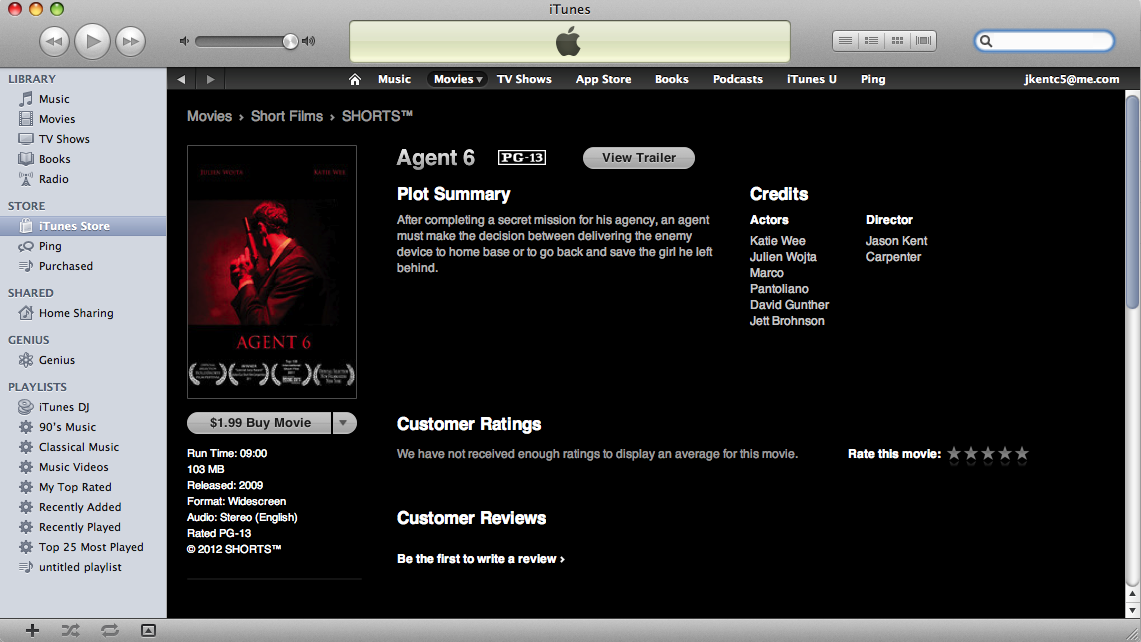 Tiger House Film’s secret agent film production is being distributed by the largest short film distributor in the world, Shorts International which is based in London, England. Shorts International has a partnership with Apple to bring the highest quality films to the global community via iTunes as well as their own television network called Shorts TV, which screens high quality short films 24 hours a day 7 days a week.

“Agent 6” is earmarked on Shorts TV for September’s “Secret Agent” Programming to coincide with the James Bond “Skyfall” film release, happening September 2012. While having an incredible festival run, obtaining distribution at the Hollyshorts Festival was icing on the cake for our film. The dedicated crew and cast are the reason for the film’s success.

We at Tiger House Films are thrilled to have the opportunity to expose this film to the global community. Please leave a (hopefully positive) review on the iTunes page if you’ve seen the film! We all hope you enjoy the film!

Click the link above to view  this film production on the web, and to view in iTunes, click the blue button on the home page!