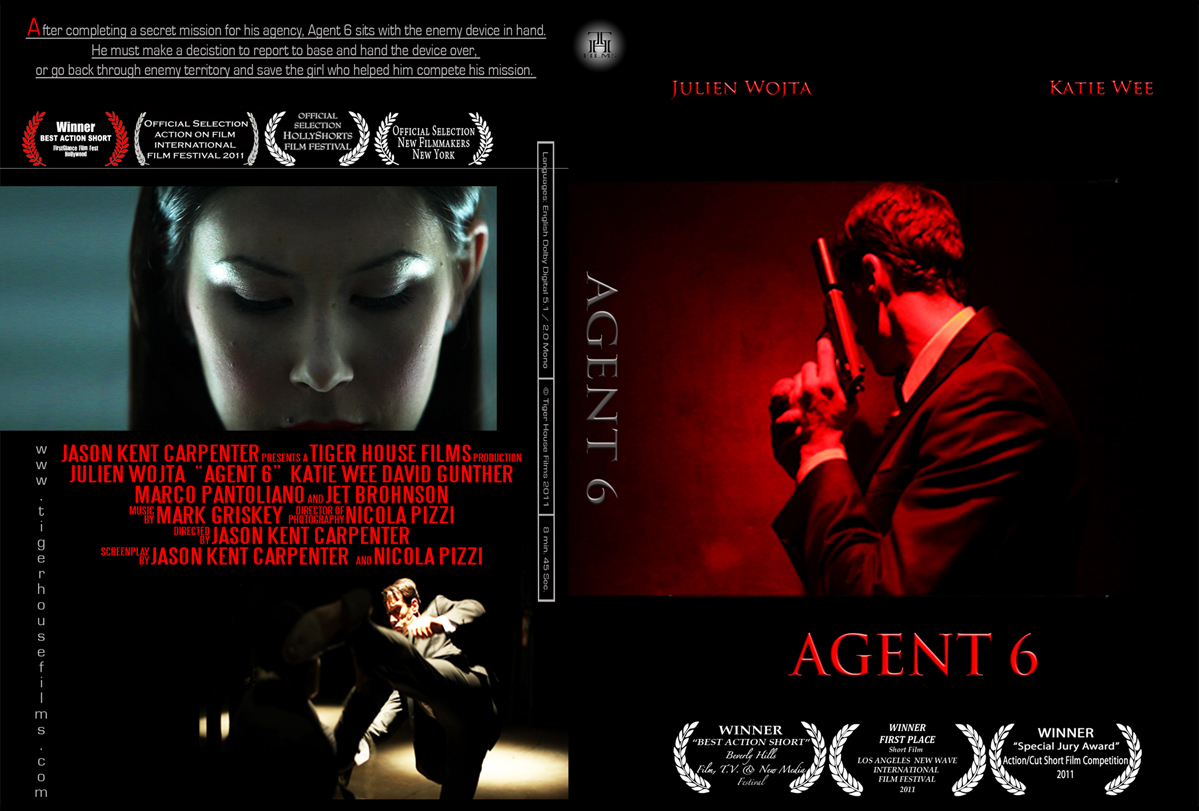 “Agent 6” the award winning short film produced by Los Angeles production company Tiger House Films, has just been acquired for distribution by the largest short film distributor in the world, Shorts International. The film was picked up at the Hollyshorts Film Festival when it screened at the Sunset 5 Theatres this past month to a packed audience of independent film fans.

Shorts international is currently the only short film distribution company with a contract to put shorts on iTunes. Since 2006, Shorts International has also produced the Oscar Nominated Theatrical Release and distributed it to theaters across North America and Europe.

The contract signed by filmmaker Jason Kent Carpenter details that  Agent 6 will be shown on the Shorts International television channel which showcases short films twenty four hours a day. The channel, dubbed Shorts HD TV, is currently broadcasting in the USA, Turkey, Taiwan and France but is planning an expansion to Europe, the Middle East, Africa and Latin America in 2012. Agent 6 will be on Global iTunes is currently in 23 countries with further expansion planned.

Tiger House Films is looking forward to seeing Agent 6 On iTunes as well as the distribution channels offered by Shorts International. Updates on distribution status and release dates will be coming shortly.