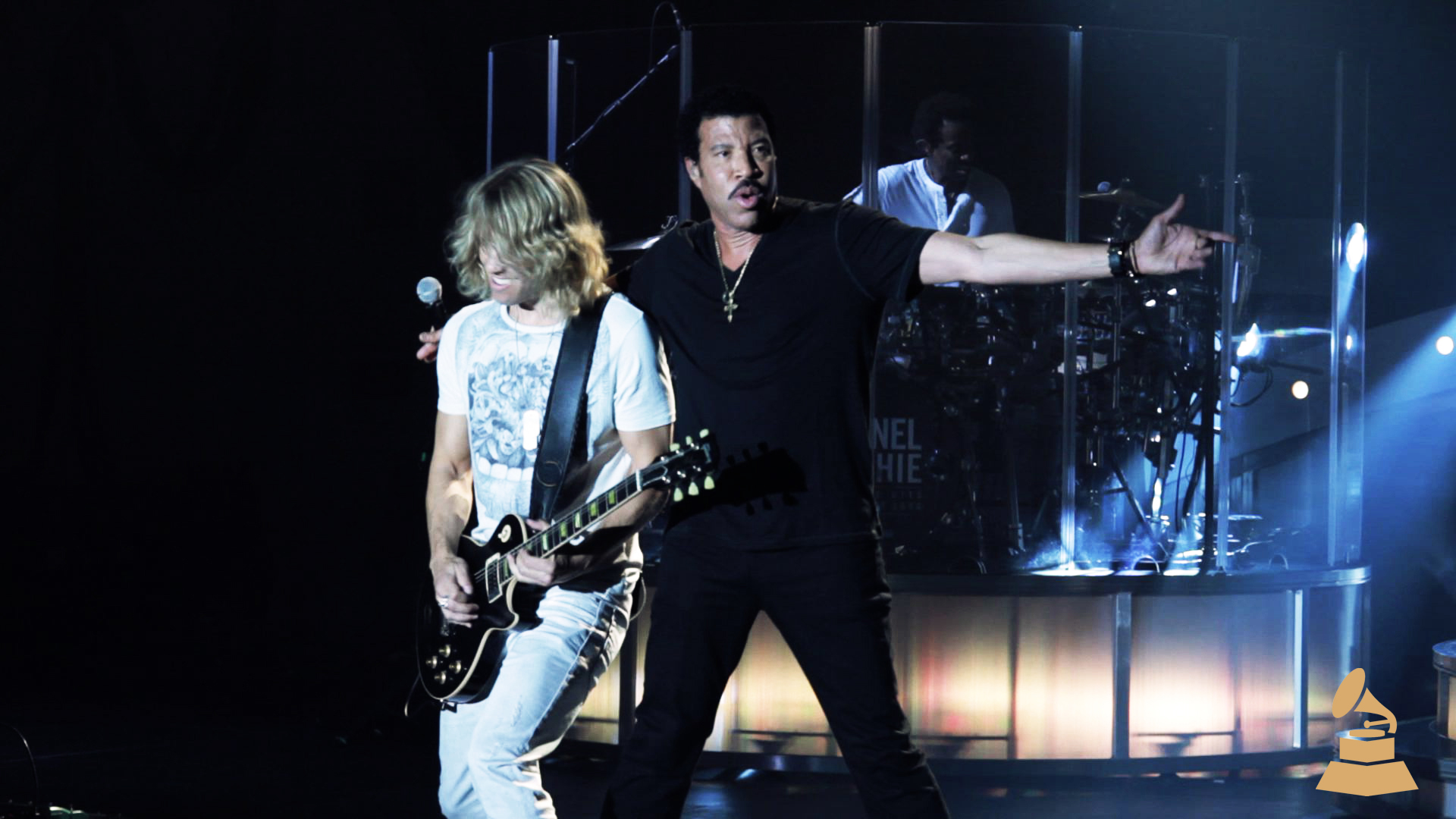 About This Video Production:

This Tiger House Films video production interview and sound check with music legend Lionel Richie was produced by our Los Angeles production company at Paramount Studios, in partnership with GRAMMY video content producer Ben Lamb. A four-time GRAMMY winner hailing from Tuskegee, Ala., Richie’s storied musical career began in the ’70s as a member of the legendary Motown group the Commodores.

Our Los Angeles production company’s ongoing video production work with the GRAMMYS has given the Tiger House Films team the opportunity to work with a creative client as well as handle the pressure of working with the most influential institution in professional music.  This interview and sound check video production was conducted to promote Lionel’s Upcoming Tour “All The Hits, All Night Long”, starting September 18th, 2013 in Hollywood, Florida and ending a month later on October 18th, 2013.

Our video production team arrived at Paramount Studios and set up our three cameras inside the sound stage alongside other media outlets such as CNN. Our coverage consisted of two cameras on tripods and one handheld for flexibility during the live performance and interview. Lionel greeted everyone with a smile and proceeded to perform two of his classic hits “Easy” (Like Sunday Morning) and “Running With The Night”. In our collective opinion, the performances were amazing to witness as live production and in such close proximity to the stage. Proceeding the performance, our video production team had to think on their feet due to the fact that the interview process with Lionel began immediately after he walked off stage.

Our video production team set up our lights and rolled cameras as soon as Lionel was ready for us. His professional demeanor and humble self-deprecation on camera showed that he was truly comfortable in his own skin. Our Los Angeles production company was truly privileged to have covered this Paramount Studios Lionel Richie video production for the GRAMMY office and are very much looking forward to many more collaborations in the future.

Please visit the GRAMMY.com website for a full article on Lionel Richie and his upcoming tour.

Take a look at our current commercial production works on our portfolio page here: https://tigerhousefilms.com/portfolio-2/