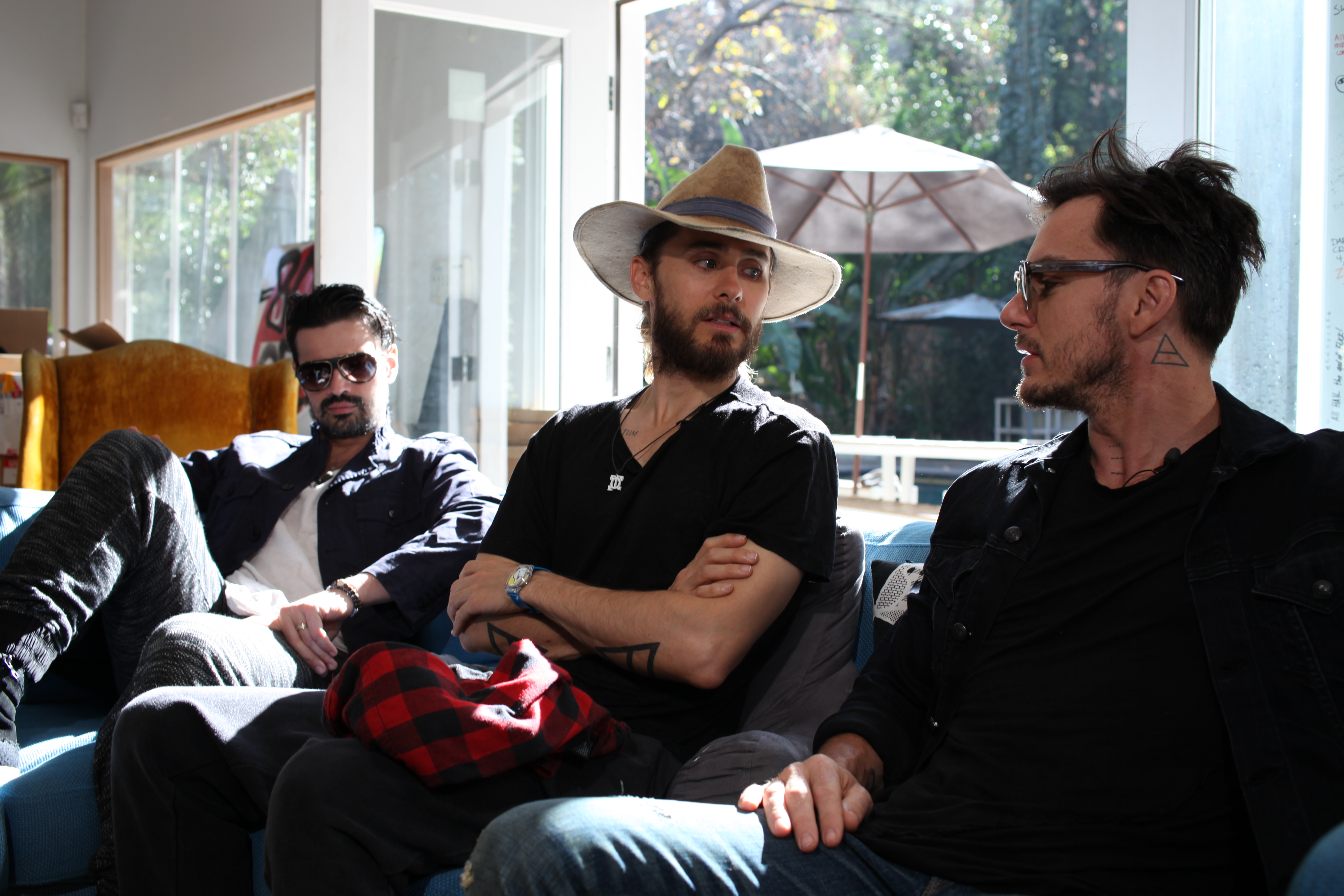 Los Angeles production company Tiger House Films has filmed a run and gun interview with GRAMMY video content producer Ben Lamb for GRAMMY.com with the Rock Band 30 Seconds To Mars at their Hollywood Hills home. Our interview production took place days before frontman Jared Leto won the golden globe for best supporting actor in Dallas Buyers Club and ahead of the 86th Academy Awards on March 2 — for which Leto won Actor in a Supporting Role.

Leto and his band mates discussed the making of their latest album, Love Lust Faith + Dreams, the state of the music industry and the importance of their award-winning documentary Artifact, among other topics. As we got set up in their home, Jared, Shannon Leto and Tomo Miličević came in and greeted us. Their space had a very laid back but edgy rock star quality to it which reflected their personalities to a T. Extremely friendly but with strong personalities, all three of them gave us a sense that their success was no fluke.

This GRAMMY interview gave us an insight into the 30 Seconds To Mars documentary Artifact, and the struggles the band went through in their career to get to where they are now. The idea of how passionate and resilient musicians have to be to battle the state of the industry really opened our eyes and allowed us to peer behind the curtain if only for a short time.

As an independent Los Angeles production company, we have a certain empathy for artists who wish to create but also make a living at the same time. We wish the best of luck to all members of 30 Seconds To Mars and also wish them well on their journey moving forward.