Jason Kent Carpenter’s film “Agent 6” has won the Golden Ace Award at the Las Vegas Film Festival! This is the eighth film festival award for Agent 6 which has been on it’s festival run since March of 2011. Agent 6 screened on Saturday, July 21 at 6:10 pm  in the Las Vegas Hilton Theater to a packed audience. the red carpet was great along with all the informative panels that were hosted by filmmakers from around the world.

A quote from “Agent 6” filmmaker Jason Kent Carpenter: “The atmosphere in Las Vegas is one that I have never experienced before. There seems to be an electricity in the air here and I was very fortunate to have my film screen in such an exciting and unique city.”

The Las Vegas International Film Festival is Las Vegas’ premiere film event taking place annually in the heart of the entertainment capital of the world. Dedicated to showcasing the finest American and international cinema the world has to offer, their mission is to bridge the gap between independent film audiences and filmmakers, as well as to connect emerging filmmakers with established industry professionals.

We at Tiger House Films are very proud to be apart of the Las Vegas International Film Festival and congratulate them on running an incredible event this July.

Here is the link to the Las Vegas International Film Festival page!: http://www.lvff.com/ 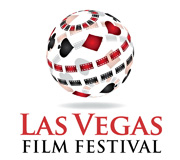