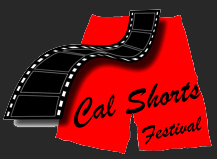 “Agent 6” is an action film directed and produced by Jason Kent Carpenter of Los Angeles production company Tiger House Films. The film has been selected to screen at the California International Shorts Festival in Santa Monica, California.

The venue is located on the famous 3rd street promenade, a public entertainment venue in the downtown Santa Monica. It is considered a premier shopping and dining district on the Westside and draws crowds from all over L.A. County. Because of it’s proximity to the Pacific Ocean, the great climate makes it a pleasant place to go see a film or two.

As the second film festival to accept “Agent 6” in the month of June 2011, Tiger House Films is very proud and excited to be a part of the California International Shorts Festival.