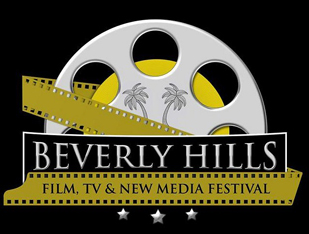 “Agent 6”, a short film produced by LA production company Tiger House Films, has been accepted into the Beverly Hills Film T.V. & New Media Festival. The festival venue is The Laemmle Music Hall 3 on Wilshire Blvd and the dates of the film festival are October 20th-27th 2011.

“Agent 6” will be screening in the Short Film Block on Closing Night of the festival Thursday, October 27th at 7:00p.m.

The Beverly Hills Film, Television & New Media Festival is an international, competitive festival that aims to present an elite selection of independent cinema and television content and serves as a forum for prominent film and TV industry members and independent filmmakers to meet, learn from each other and share ideas in the heart of Beverly Hills.

All members of the LA production company, Tiger House Films will be in attendance at the opening ceremonies with family and friends. Screenings and discussion panels will also be attended by the team throughout the film festival in October.

The BHFTF welcomes Hollywood’s hottest stars, producers, distributors, critics and media. Film and TV professionals and the interested public will have the opportunity to gain industry knowledge through interaction within a festival environment. The festival will offer attendees quality films and television content, seminars, panels, pitch sessions and social gatherings while expanding their knowledge of cinema and enhancing their appreciation of the film-making process. With red carpet premieres, black-tie society gala and exclusive industry cocktail soirees, the festival will celebrate authentic Old Hollywood glamor, combined with an updated twist of the emerging technology of today.

Please visit their film festival website for more details. Thank you, the Tiger House Films crew is looking forward to seeing you at the event!