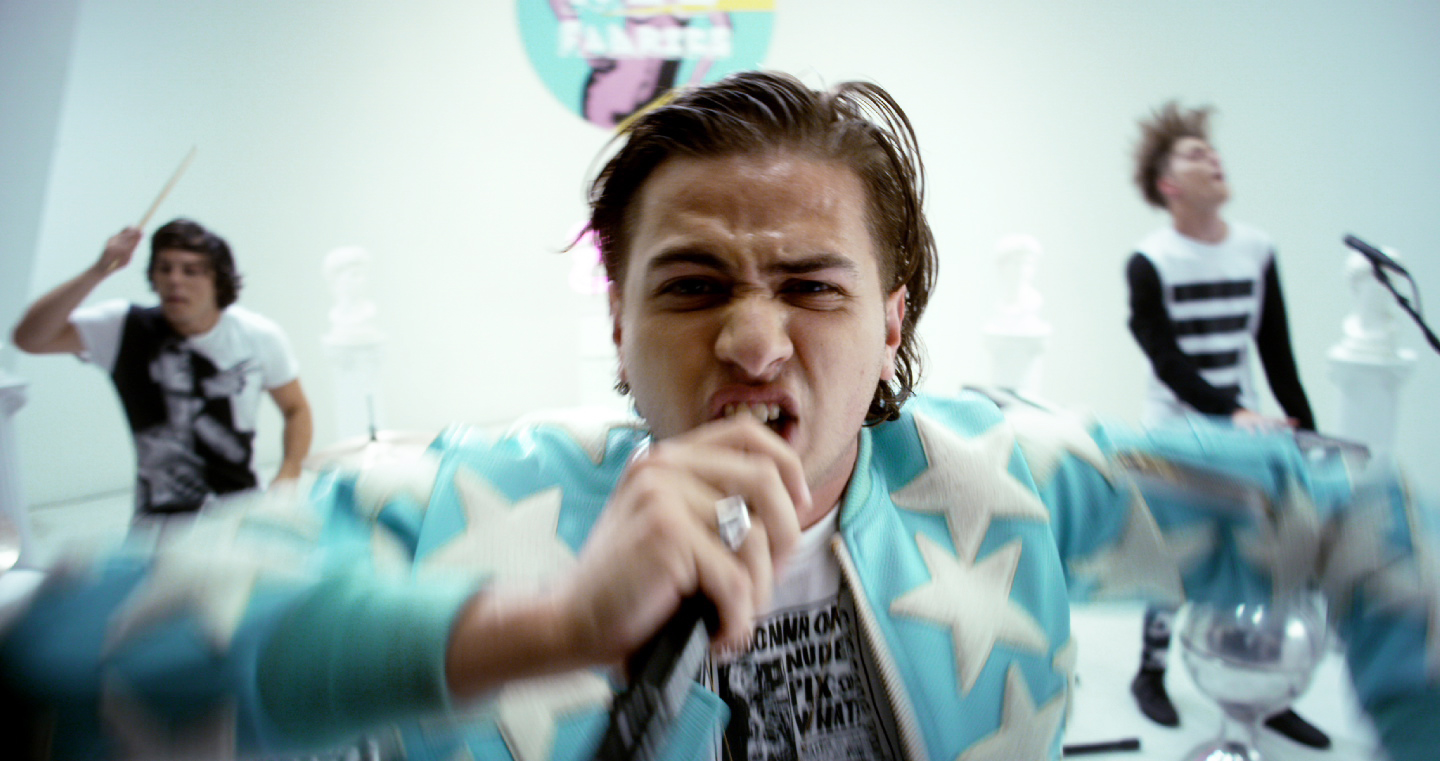 “Beast” was our second collaboration for a Los Angeles music video production with the Raw Fabrics. This particular concept was based in an all white art studio environment of celebrity photographer James Hickey near downtown LA. The set was conceptualized from the early stages of pre-production to be a mixture historical artistic elements such as roman heads resting on short pillars mixed with custom made modern pink neon and large print signs with the band’s insignia and song name incorporated into the background.

Largely a performance piece, Jack Mascolo the lead singer of the Raw Fabrics took center stage with the band’s drummer Jon Fredrik Joffen and instrumentalist and backup vocalist Justus Dixon commanding the brightly lit stage whilst performing a thumping rhythmic new track entitled “Beast”. As always the performance of the band was stellar and definitely had an edge to the way they move and act on stage which allowed the Tiger House Films music video production team to easily capture many impactful moments to cut together in the post production phase of the project.

Having just headlined a shows at iconic Los Angeles venues, the Roxy and Troubador these past few months, the Raw Fabrics are well on their way to success. We at Tiger House Films will be here to support the band in their efforts in years to come, and we hope to collaborate again very soon on another Los Angeles music video production with this local band destined for great things!

More exciting information on the Raw Fabrics can be found on their website here: http://rawfabrics.com/