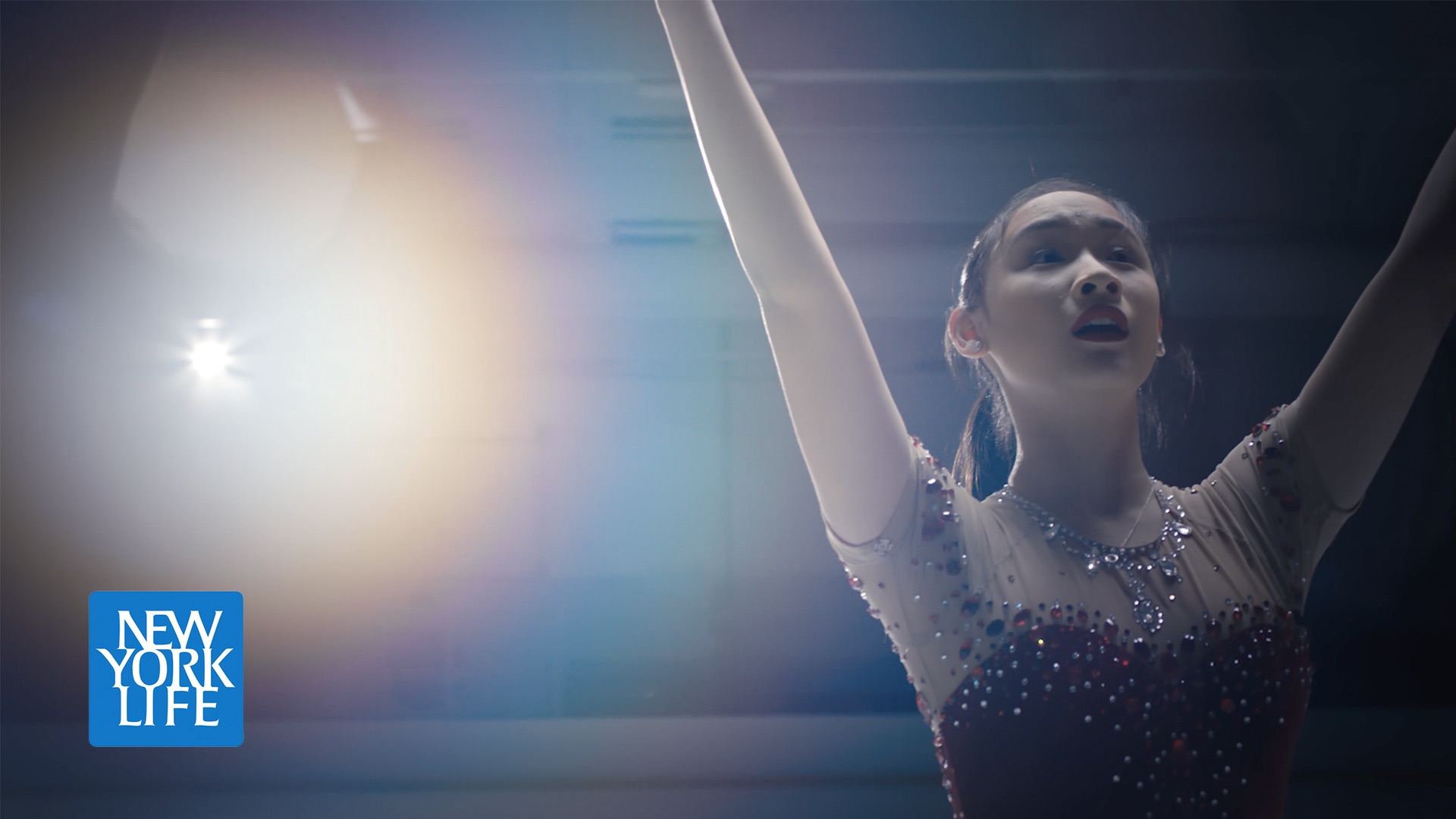 In another collaboration with DTLA Agency Plan C, our creative agency in Los Angeles produced another commercial for New York Life Insurance specifically targeting the Asian American market. The concept for this creative commercial spot was conceived by director Tony Au of Plan C.

The plot of this branded media revolves around an affluent Asian American family who wants the best for their daughter. She tries activities such as piano and violin (very popular culturally relevant activities in Asian American communities across the country) but can’t quite find her niche. She finally tries something more athletic, ice skating, and realizes her passion for the sport.

Our creative agency in Los Angeles shot this commercial in several locations including the Pasadena Ice Skating Center, a New York Life Insurance branch office, as well as a beautiful home in the Hollywood Hills. Our talent consisted of very talented actors and actresses, as well as a crew technically capable of shooting a commercial on ice.

Our schedule for this creative commercial was slightly difficult as we had to do an overnight due to the Pasadena Ice Skating Center’s schedule. The crew for our creative agency in Los Angeles is top notch and made the difficult situation into a very smooth and precise shoot that went off without a hitch.

As always, our creative team enjoys every production we are hired to shoot with New York Life and Plan C and hope to work with these clients again in the very near future.