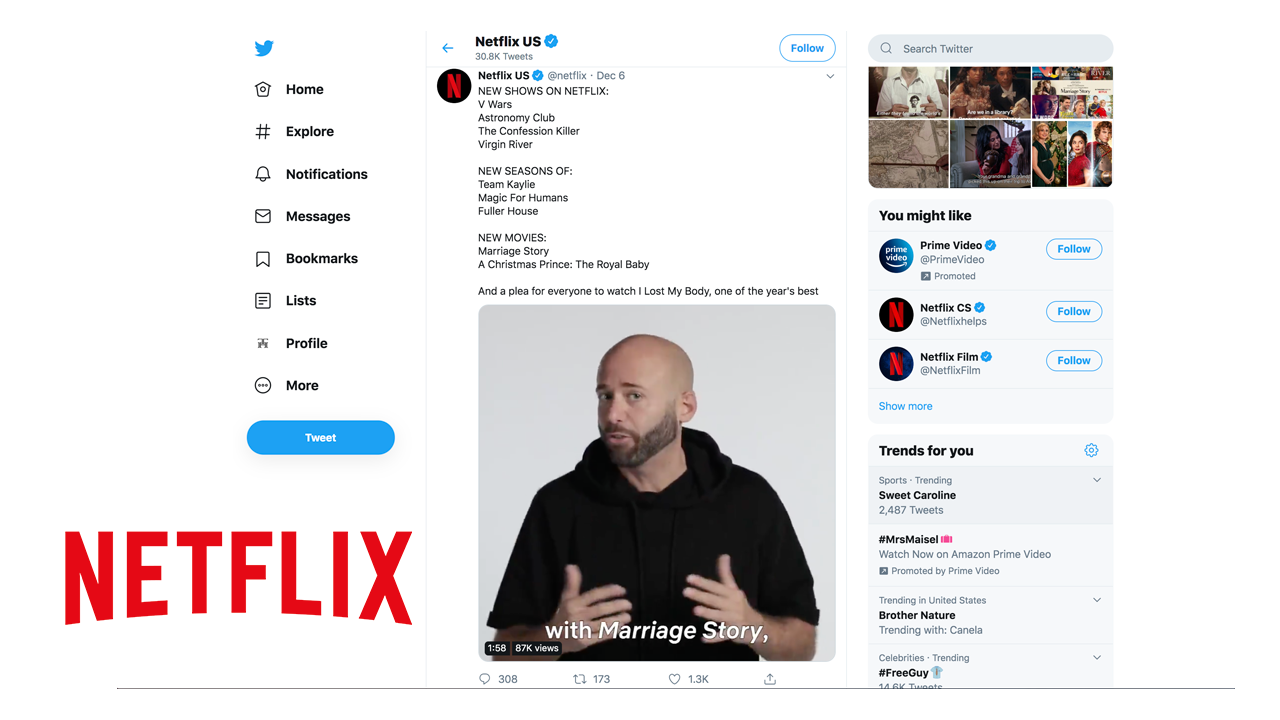 What To Watch On Netflix Series | Our Digital Agency In Los Angeles:

As a top digital agency in Los Angeles, we have worked with some of the biggest brands in the entertainment and commercial industries. Our first branded production with Netflix was a series of promotional materials surrounding their original show “The Society” which debuted on their digital platform June of 2019.

Since our first brand video series project with Netflix, our digital agency in Los Angeles has produced over 10 episodes of their “What To Watch On Netflix” series, streaming on their social media platforms. This series is hosted by Jared Wieselman who works at the Netflix offices and covers the new shows currently streaming on the digital platform.

The informational and fun delivery of Jared allows for viewers to see what they have been missing on Netflix and perhaps discover new shows that they may have missed in the past due to the vast variety of narrative media available on the biggest streaming platform in the world.

This branded series production is filmed at Sunset Bronson Studios on the Netflix campus in the center of Hollywood. Our digital agency in Los Angeles is an official contractor at Netflix and we hope to have many more brand video and series projects with their production team. Tiger House Films produces commercial and brand video projects from A to Z.  Wether a project is a fashion film, celebrity video or brand video production, our skilled and highly experienced team is capable of creating the perfect aesthetic to fit the needs of our commercial clients.

To view another Netflix production our digital agency has produced, visit this link: NETFLIX | THE SOCIETY BRAND VIDEOS