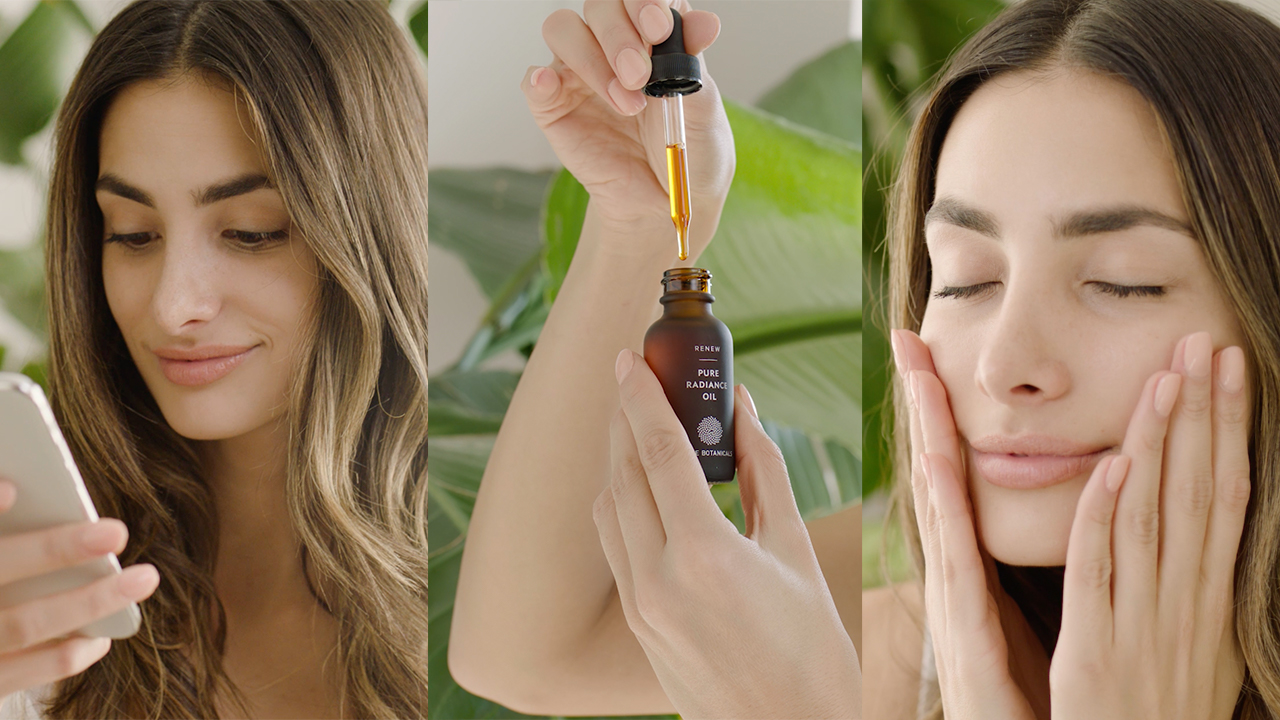 Natural skincare brand True Botanicals reached out to our creative advertising agency in Los Angeles through New York Agent Quickframe Inc., to film and edit a series of social media videos for their line of skincare products.

The skincare company based out of San Francisco, has a unique past. After being diagnosed with thyroid cancer, Hillary Peterson (the founder of True Botanicals), channeled her fear and frustration with the beauty industry into research—and a passion for creating pure, potent, and proven products that are good for people and the planet. Her bold vision motivates the entire True Botanicals team: a small but mighty band of (mostly) women based in Northern California.

Our creative advertising agency in Los Angeles filmed in Downtown LA in a photo loft with beautiful decor and sunlight. Due to the fact that the final output was for social media, our creative advertising team shot vertically on an Arri Alexa mini with an L bracket to flip the camera sideways. Our creative team was able to maximize coverage for the day in order to have several versions of the edit with different products within the same line showcased individually.

Our model for this project was Olga Safari, who has a great energy and was perfect for this client due to her flawless skin. This was our creative agencies third time working with Olga. Our creative coordinator for this project was Luca Buzas, she has worked with us on countless productions over the years and always brings a stellar high end fashion look to our projects.

It was a pleasure to work with True Botanicals on this project and hope to work with them again on another production as a creative advertising agency in Los Angeles.