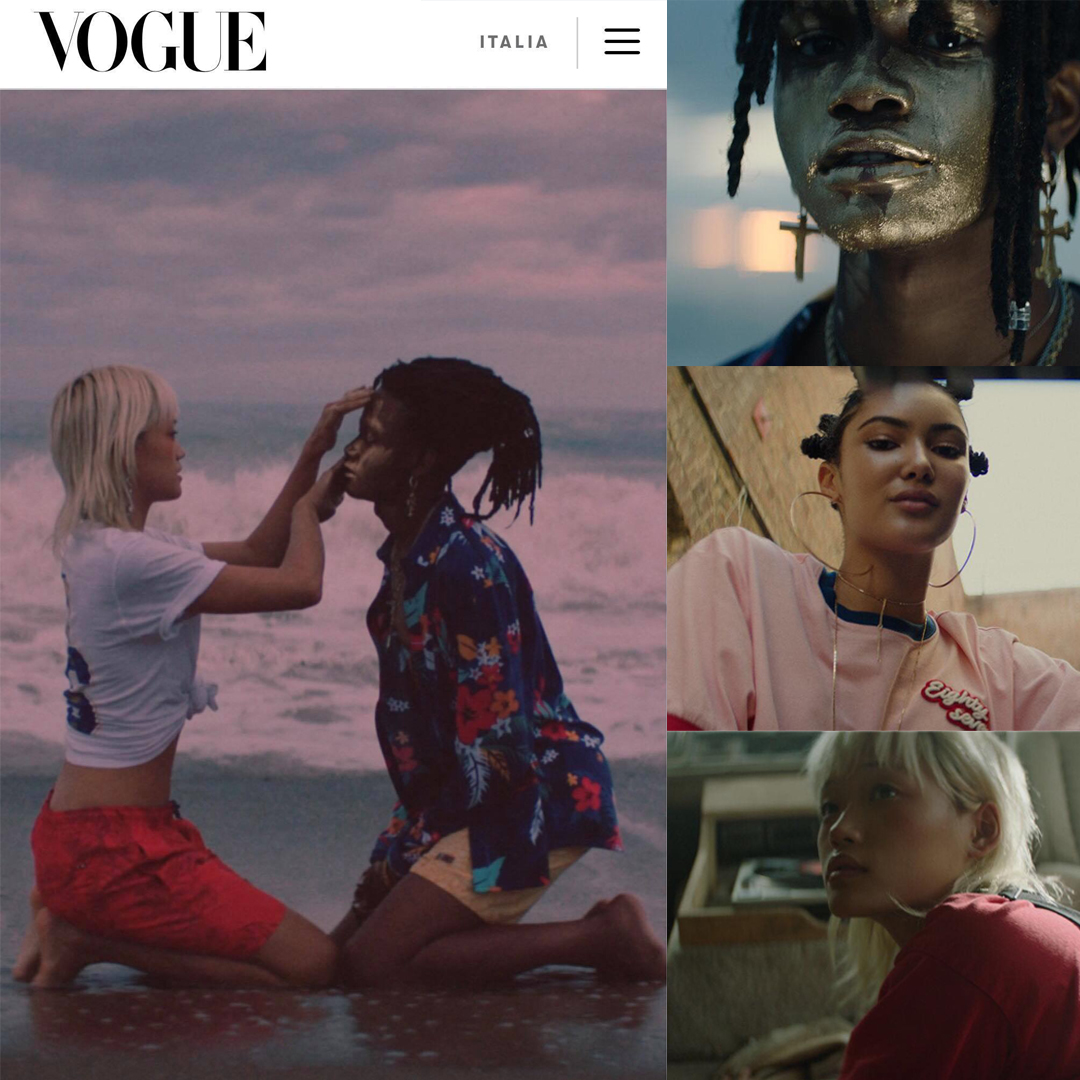 As a boutique production company in Los Angeles, our ultimate goal is to create the best project possible with creative, interesting people. For this reason, it was a dream for our commercial production team to be working with Zelda Andreoli of Brand Consulting Agency Zelda Zelda , Golab Agency and commercial director Ced stefan pakusevskij of FullScream. The Napapijri SS19 Fashion Commercial stills and video campaign that we produced with this international crew has been featured in an article in Vogue Italia.

It is always a goal for any commercial and fashion production company to be involved in projects that are well received by the international fashion community and being featured in an iconic publication such as Vogue, puts the cherry on top of what was an incredible collaboration with out production partners on this campaign.

as mentioned in a previous article, this fashion commercial campaign is for the launch of Napapijri’s SS19 Collection, which envisions “an unlimited future where different ethnic and diverse inspirations come together to form a collage of aesthetic influences: from Moroccan tapestries to workers’ uniforms, all the way to 1980s’ preppy Miami”.

Our boutique production company in Los Angeles is humbled to have worked with director / designer Ced Pakusevskij, Cinematographer Eli Arenson, Producer Zelda Andreoli and Agency Creative Giorgio Bartoli. We hope to work with this amazing team again here in the world center of media, Los Angeles!

Here is a link to the Vogue Italia Article on our Future Positive Campaign: https://www.vogue.it/moda/article/napapijri-presenta-la-nuova-campagna-future-positive

For more samples of work from our commercial production company in Los Angeles visit our portfolio: HERE