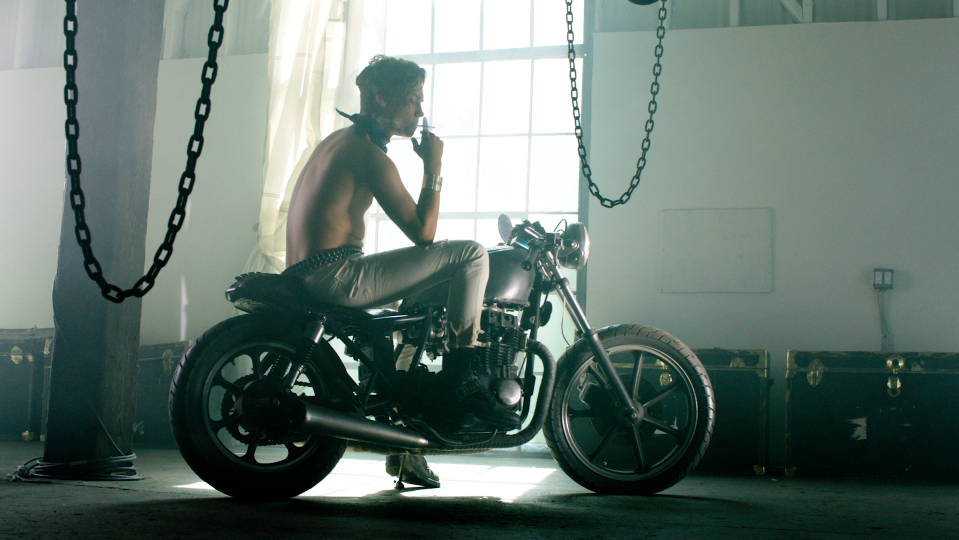 About Our Fashion Brand Film Production:

This fashion brand film production was created as a result of inspiration to create imagery of wild rebellious American youth in urban industrial Los Angeles.

Teaming with fashion designer Emily Daccarett, our fashion film and commercial production team was able to execute an idea derived from an edgy conceptual approach. Our goal was to ultimately showcase her designs and accessories while telling the story of the aftermath of a jewelry store robbery by our by two young new recruits to a gang of hardened thieves.

Shot in a Chinatown warehouse, our production team fully utilized the space, adding production design and smoke effects to create a moody atmosphere inside the raw space. Our main models for this production were Katherine Rodriguez and Eugene Huriev. The stunt performer / actor was Rage Stewart.

All of our models made this production memorable. It was our production team’s first time to work with Katherine and Eugene and they were both incredible to collaborate with on this fashion brand video production. Rage is a veteran biker with the ability to play in great character as well as perform burnouts on his motorcycle.

This fashion brand film project will be on the festival circuit in the coming months and our commercial production team looks forward to it’s worldwide release this year. Our fashion films and commercials are a passion for us and we look forward to our next collaboration with Emily.

Visit Emily Daccarett’s website for more of her styles and collections here: http://www.emilydaccarett.com/