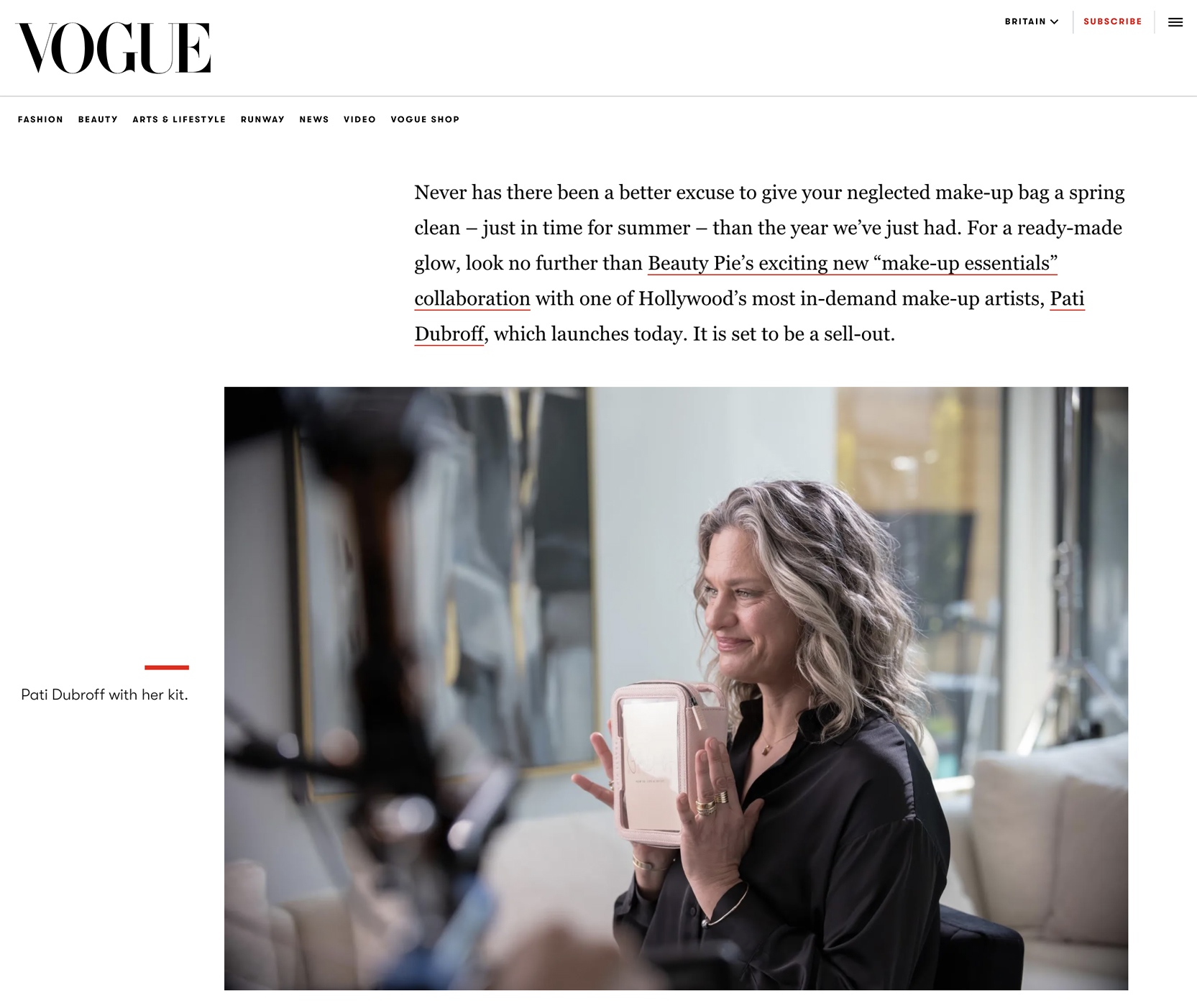 In April of 2021 our team in Los Angeles was contacted by London based beauty brand, Beauty Pie to create a cosmetics campaign production for the launch of the Pati Dubroff Essentials Kit in collaboration with celebrity makeup artist Pati Dubroff who has an incredible career as an A-list celebrity makeup artist.  Our shoot took place in Los Angeles, CA at a single family home location with Pati and three agency models, sporting three different looks created by Pati and her Essentials Kit.

Pati Dubroff is known as one of Hollywood’s most in-demand make-up artists and our experience with her on set shows why she is incredibly popular amongst top clients. Pati is charismatic, personable and a delight to be around. Our project was contingent on her ability to speak eloquently and concisely about the products in her essentials kit and she delivered with flying colors, allowing us to make the most of our day with her and the Beauty Pie team.

This collection, which is Pati Dubroff’s first ever product collaboration, comprises all the glow-giving make-up products she uses on photo shoots, as well as on her array of starry clients, like Margot Robbie, Priyanka Chopra, Drew Barrymore and Elizabeth Olsen. Four faces that are eternally fresh and luminous – in part thanks to Dubroff’s make-up magic.

We had a blast on this cosmetics campaign production with Pati and the Beauty Pie team. Our team at Tiger House hopes to be able to collaborate with this group again in the near future.

For more video / bts from this cosmetics campaign production can be viewed on our full service production company’s Instagram here: https://www.instagram.com/p/B944E-OBVhh/

Our current commercial production company and creative agency’s portfolio of projects can be viewed on our website here: https://tigerhousefilms.com/portfolio-2/